In addition to fighting primary tumors, immunotherapy for cancer aims to prevent future recurrence. Scientists recently made a major breakthrough with the discovery of an indicator of possible relapse in patients with HR-positive breast cancer.

Breast cancer treatment has improved significantly, but unfortunately many women are subject to recurrence five years or more beyond the original diagnosis. The risk is even higher in the case of HR-positive breast cancer, which constitutes more than 50 percent of all breast cancer cases.

Could a Blood Test Be the Answer?

At the time of the previous trial, none of the participants displayed evidence of recurrence. After a median follow-up period of 1.6 years, the team found nearly 20 times increased risk of recurrence in HR-positive patients who also had a positive CTC assay result. There was no corresponding increase in patients with HR-negative breast cancer.

According to team leader Dr. Joseph A. Sparano, the team was surprised to see that the rate of recurrence was so high. Scientists are now planning to study negative CTC tests to determine if they can serve as negative predictor markers.

Thanks to our state-of-the-art immunotherapy for cancer treatments, many patients with Stage 4 breast cancer have been able to achieve long-term remission. Contact us for more information.

Two new studies appear to have decided the debate over whether there is a causal link between cancer and menopause hormone therapy. The answer is YES.

As reported in The Star, the report states: “The body of evidence to date overwhelmingly points to a causal connection between the use of Premplus and the development of invasive breast cancer in women.”

The report has sparked a Canadian class-action lawsuit against the drug’s manufacturer, Wyeth Canada. Owned by U.S. pharmaceutical giant Pfizer, Wyeth has denied that Premplus causes breast cancer, stating that the medication is “safe and effective when used as directed.” A Vancouver court will hear the lawsuit in October.

“It’s an excellent message for women: You can still diminish risk (by quitting), even if you’ve been on hormones for a long time,” Dr. Claudine Isaacs of Georgetown University told The Star.

Issels integrative immunotherapy offers personalized non-toxic treatments for breast and other cancers. Contact us for information about integrative oncology. 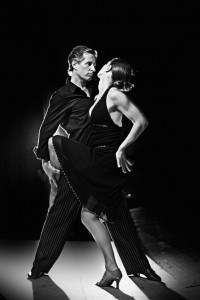 The beauty of utilizing therapies based on the creative arts in alternative cancer treatment is that they require no talent, just the willingness to express oneself. Creative therapies focus not on the quality of the completed artistic endeavor, but on the expression of emotion and the psychological release it brings. In participating in therapies that promote artistic self-expression, cancer patients are able to develop a heightened sense of self-awareness and insight, control stress and anger, resolve personal conflicts and improve their sense of well-being and quality of life. The positive effect of creative therapies on healing can be pronounced.

The creativity of artistic expression has been linked to the release of certain stress-relieving and pleasure-producing neurotransmitters and hormones in the brain. As reported in Medical Daily, creative arts therapies embrace all forms of art: