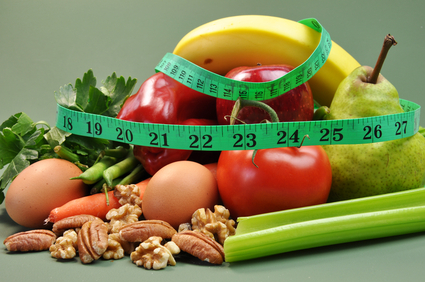 When you’re undergoing conventional cancer treatment, your dietary habits and choices can play a significant role in successful therapy. Here are five valuable tips on using your diet to manage side effects and boost your immune system.

5 Tips for Eating During Cancer Treatment

1.  Radiation and chemotherapy often cause loss of appetite and taste. If you find that you’re rarely hungry, try grazing on several small snacks or meals throughout the day. Experiment with different spices and seasonings to create strong flavors.

2. Do you find yourself suffering from nausea? Citrus, ginger and peppermint oil fight digestive queasiness. Ginger tea and ginger chews will settle your stomach without filling you up. Many people find it helpful to suck on a lemon wedge.

3. Bowel habits can cover the spectrum from diarrhea to constipation. Avoid constipation by drinking plenty of water and adding fiber to your diet, whether it’s from supplements or foods like beans and fresh vegetables. Choose beverages like sports drinks, broth and fruit juices that are high in sodium and potassium to combat effects of diarrhea.

4. Vitamins and minerals are natural allies of the immune system. Cancer patients are most commonly deficient in Vitamin D, which also reduces fatigue and supports bone health. Look for milk, yogurt, cereals and other foods fortified with Vitamin D.

5. When your immune system is compromised, it’s important to avoid foods that carry a risk of illness, including sushi and lightly-cooked fish, soft-cooked eggs, unpasteurized dairy products and unwashed produce. You should also stay away from processed and fried foods, which contain high levels of hydrogenated oils that can increase inflammation.

Our immunotherapy treatment programs focus on the body’s internal environment as well as the tumor itself. Contact us to learn more. 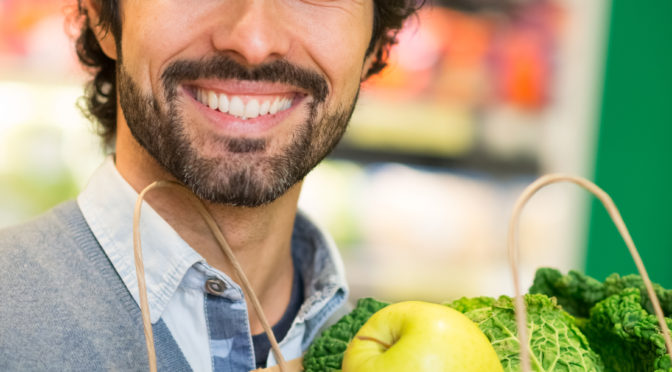 The number of colon cancer cases in the U.S. has been on the rise, especially among younger adults. Since effective cancer treatment for this disease can be hard to achieve, scientists are looking for better ways to prevent colon cancer. Vegetables might prove to be one way to reduce the risk of this disease.

Researchers conducting a study on mice found that chemicals in certain vegetables, such as broccoli and cabbage, might play a key role in preventing colon cancer. These chemicals were found that help reduce the risk of gut inflammation and the development of colon cancer in mice.

The mice in this study were genetically modified and unable to naturally produce a certain protein that guards against gut inflammation. Scientists fed these mice vegetables containing chemicals needed to produce this protein and found that they did not develop colon cancer. The mice that were not fed these vegetables did not have this same protection and readily developed gut inflammation and colon cancer.

While the results of this study offer some hope, it’s important to keep in mind that they worked on mice. Further studies are needed to determine if the same results are found in humans. However, eating vegetables in general is considered a good way to boost your health and well-being.

Some studies have found that vegetables appear to offer protection against cancer in humans. Eating a healthy diet that includes these vegetables while also avoiding unhealthy foods may help reduce the risk of colon cancer and other cancers.

If you’re exploring cancer treatment options for colon cancer or other forms of cancer, please contact Issels® today. We can provide details on our immunotherapy modalities that are used to treat different kinds of cancer. 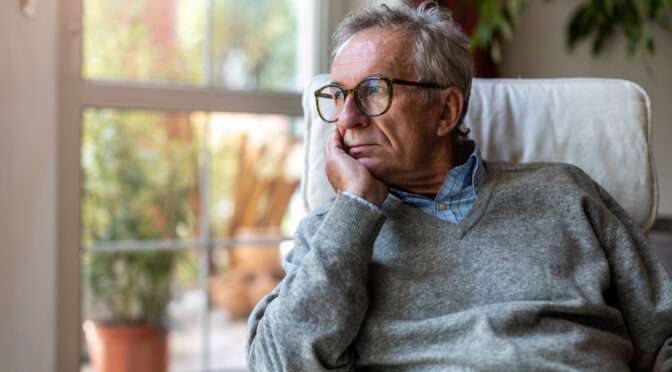 If you’re diagnosed with cancer, one of your immediate concerns is how it will affect your everyday life, including your job. Can you continue to work while in treatment, or will you even be able to keep your position?

Can Work and Cancer Treatment Co-Exist?

No matter what form of cancer you have, your particular case is unique so there are no hard and fast rules concerning your job performance. Answers will depend on factors such as your overall health, stage of cancer, and your duties.

Go At Your Own Pace

You may find that you’re able to continue with your regular work schedule during immunotherapy for cancer or other treatments. If your job becomes too much of a strain or your doctor recommends that you cut back, here are some tips to help you manage:

• Change to a part-time schedule

• Work from home either full- or part-time

• Modify your working conditions, such as having a desk closer to the restroom

You’ll need to coordinate any modifications with your supervisor, so be sure to communicate with him/her regularly. As for co-workers, it’s your choice whom you tell and how much you tell them. You may want to discuss your illness only with your closest and most trusted co-workers.

Immunotherapy for Cancer: Individually Tailored for Your Specific Case 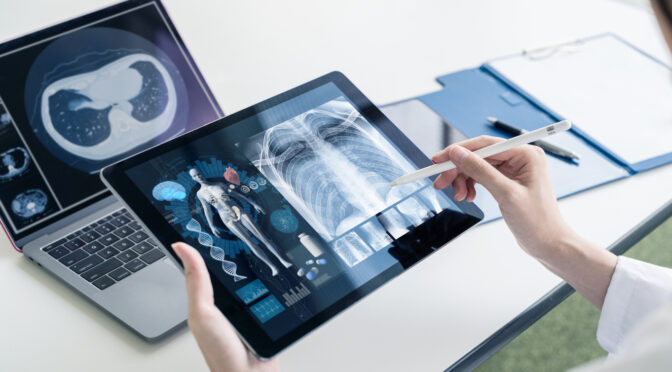 At Issels®, our cancer immunotherapy programs are tailored to fit a patient’s specific needs. Scientist have identified an immune profile that could lead to improved methods of determining which patients may benefit from treatment.

Building a Team of “Allies”

While T cells in the immune system are equipped to fight tumors, cancer cells frequently neutralize them by triggering the response that shuts T cells down. Checkpoint inhibitors are a form of immunotherapy that counteracts the process, enabling T cells to resume their job of attacking cancer cells.

Matthew “Max” Krummel, PhD, a leader in the field of immunotherapy, explains why his team broadened their focus to include other immune cells. They studied every type of cell in tumors to determine which ones could also activate T cells, forming a community of “allies.”

Krummel, a member of the UCSF Helen Diller Family Comprehensive Cancer Center, led his team in identifying a special class of dendritic cell, which they refer to as stimulatory dendritic cells, or SDCs. In subsequent studies, they found that both mice and humans with tumors had a poor response to checkpoint inhibitors if they lacked SDCs.

The research team went on to explore why different patients have different SDC levels. They discovered a direct correlation between levels of a specific cytokine, expressed by natural killer cells, and levels of SDC.

Kevin Barry, PhD and leader of the latest study, said the results hold promising implications for two applications. NK cells and SDCs could be used as biomarkers to predict successful immunotherapy, while increasing NK cell levels in other patients could improve their response to treatment.

For years, Issels® has been a leader of integrating dendritic and NK cells in our cancer immunotherapy treatments. Contact us to learn more. 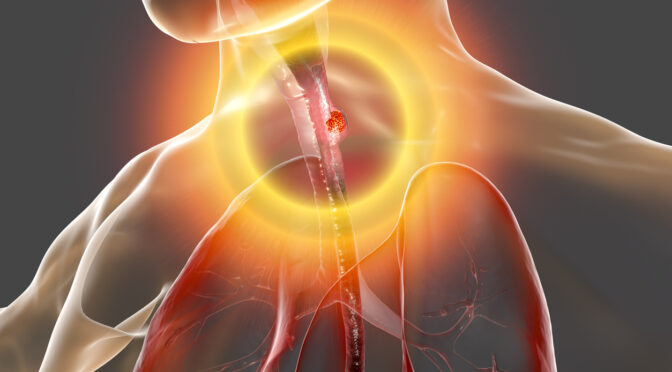 Most people just want to crawl back into bed when they’re running a fever. Who would have thought there may be a positive aspect to feeling so bad? Incredibly, a published study indicates there may be a connection between fever and cancer immunotherapy.

What Is a Fever?

Endogenous mediators include cytokines, such as interleukins and interferons. During a fever, these mediators redirect metabolic substrates and energy, resulting in a higher range of immune effectors. One such effector is lymphocytes that express gd T cells.

How a Fever Affects the Immune System

A fever generates large numbers of gamma delta T cells. These cells are valuable in fighting infection that initiates the fever response. They also have potent anti-tumor properties, which may have applications for cancer immunotherapy methods. This process indicates that a high incidence of fevers may actually reduce the risk of cancer.

Past research has largely involved alpha beta T cells. While the connection between the fever response and cancer is still largely anecdotal, researchers now have a foundation to expand studies on the topic along with possible clinical benefits. This specific study, based on patient accounts documented over several decades, was first published in Quarterly Review of Biology.

Our personally tailored immunotherapy programs are designed to help the body’s own immune system fight tumors. These non-toxic vaccines and cell therapies avoid the adverse side effects that accompany many traditional cancer treatments. Visit our website to learn more about the Issels® Difference. 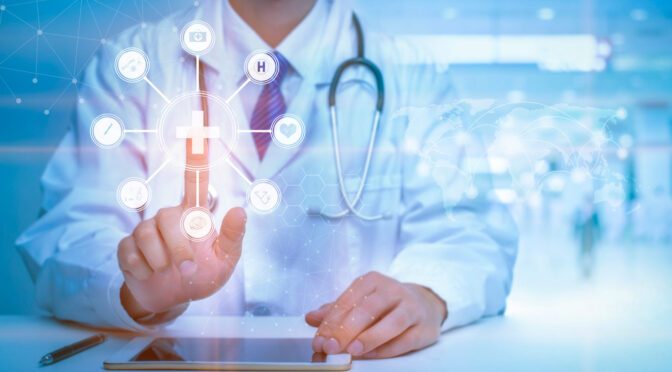 Doctors have long cautioned against poor lifestyle choices, such as smoking, that increase the risk of cancer. In a study that may hold implications related to immunotherapy for cancer, scientists have discovered how alcohol use causes DNA damage in cells.

Harmful Effects of Alcohol on DNA

Cancer Research UK partially funded a study conducted by a research team at Cambridge. After mice were given diluted alcohol, also known as ethanol, they experienced genetic damage as a result of acetaldehyde that forms when the body processes alcohol.

Using chromosome analysis and DNA sequencing, the researchers found that acetaldehyde causes DNA within blood stem cells to break. Once the chromosomes rearrange, the DNA sequences are permanently changed.

According to Professor Ketan Patel, lead author of the study, DNA-damaged stem cells can lead to the development of cancer. This damage is sometimes random, but consumption of alcohol increases the risk.

Can Alcohol-Related DNA Damage Be Prevented?

The body uses enzymes called ALDH as well as DNA repair systems to protect against alcohol-related damage. In the study, mice who lacked essential ALDH suffered four times the amount of DNA damage as mice with the enzyme, indicating that faulty defense mechanisms increase the risk.

Professor Patel warned that even intact alcohol defenses are no guarantee against developing cancer. In addition, Professor Linda Bauld of Cancer Research UK pointed out that alcohol contributes to more than 12,000 cancer cases in the UK each year.

Non-Toxic Immunotherapy for Cancer at Issels®

Our integrative programs are individually created to include gene-targeted therapies and other treatments that address a patient’s specific needs. Contact us for more information.