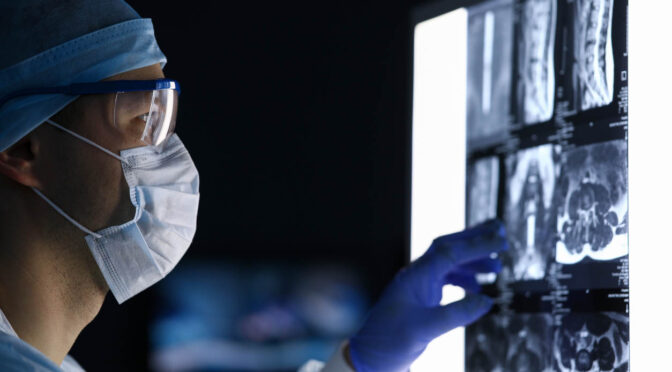 Cancer is effected by numerous and complex risk factors, making concepts related to calculating its risk a frequent subject of debate. Adding to this debate is a recent study looking at randomly mutating cells, specifically how they play a predominant role in cancer development. What does this say about your cancer risk? Issels® wants to help you put this new information in perspective.

Cancer and car accidents: They have a lot in common…

Reading the accident report
Despite this research, it can’t be stressed enough no single factor causes cancer. Two-thirds of car accidents are not related solely to trip length, but to a combination of road conditions, mechanical issues, and the like. For each “accident,” the major contributing factor will vary.

Accident prevention
Due to the large combination of risk factors, there are many opportunities for prevention, including addressing radiator issues (smoking), regular maintenance (early diagnostics and detection), and more.

Blood thinners such as Warfarin are prescribed for millions of people around the world to control a range of cardiovascular problems. Based on the results of a recent study, the drugs may also reduce the risk of cancer, which could have future implications for cancer treatment.

A Surprising Weapon in the Battle Against Cancer

The study, recently published in JAMA Internal Medicine, involved 1.25 million people over the age of 50 in Norway. Researchers at the University of Bergen found that those who took Warfarin were 16 percent less likely to develop cancer than those who didn’t.

Benefits were even more pronounced for three of the most common forms of cancer. Prostate cancer had the highest risk reduction at 31 percent, followed by lung cancer at 20 percent and breast cancer at 10 percent.

Blood Thinners: A Form of Immunotherapy?

At this point, researchers are unclear how Warfarin affects the risk of cancer. They believe that the drugs may inhibit the signaling power of cancer cells, leaving them vulnerable to attack from the body’s immune system.

Despite the promising results, medical experts warn against self-medicating with Warfarin. The drug can have serious side effects, so it should always be taken under a doctor’s supervision.

Our cancer treatment programs harness the power of your own immune system to fight the disease. Contact us to learn more about cancer vaccines and other programs designed to meet your specific needs.

Heat is one of the body’s primary defense mechanisms against disease. It is the reason you run a fever when you’re fighting the flu or an infection. Heating cells well beyond their normal tolerance can eliminate the harmful substances that are making you ill.

Hyperthermia, also called Thermal Therapy, is rooted in this natural defensive strategy and can be a valuable component of integrative cancer treatment. In hyperthermia, the entire body or the diseased portions of the body are purposefully heated to produce a therapeutic response.

When administered by Issels experienced cancer treatment teams as part of our immunobiologic core treatment for cancer, hyperthermia has produced beneficial results for many cancer patients. The healing technique is used not only at Issels Centers for Integrative Oncology, but also at a number of well-known university hospital centers in the U.S. and Europe.

The use of fever therapy can be traced back to the early Greeks and Romans. Hippocrates, the father of medicine, wrote, “Give me the power to produce fever, and I will cure all disease.”

Over the centuries, fever therapy has been a common disease treatment used by Native Americans, Chinese, Japanese and 18th century Europeans. In the 19th century, German physicians saw sarcoma regression or cure in patients who had endured high fevers from infectious diseases.

Hyperthermia continues to be a valid disease-fighting treatment. Beginning in the 1950s, our founder Dr. Josef M. Issels administered fever therapy to thousands of cancer patients with remarkable results. There is continued and strong evidence that hyperthermia stimulates and regulates the immune system and is especially beneficial to cancer patients.

Visit our website to find out more about hyperthermia and other alternative cancer treatments.

The ability to examine cancer at the genetic level is generating tremendous volumes of new data that are both expanding and complicating our understanding of cancer. New cancer studies are identifying an increasing number of specific cancer risk factors; but in most cases we do not yet understand how those risk factors eventually develop into certain types of cancer or why some people develop cancer but others do not when risk factors are present.

To understand the complexities involved, consider these examples:

• A study of nearly 145,000 post-menopausal women between the ages of 50 and 79 found that height was a greater indicator of cancer risk than obesity, which is now known to increase the risk of multiple cancers. Researchers suspect that the growth hormones that influence height may also play a role in the cell division processes associated with cancer tumor development.

• Another study of more than 2,000 men found that truck drivers were four times more likely than most other men to develop an aggressive form of prostate cancer. Because another study revealed a similar risk among operators of heavy machinery, researchers suspect that exposure to constant vibration may be the common trigger.

The ability to process and mine vast volumes of data is revealing many new commonalities within cancer populations that point to potential risk factors. It is hoped that risk factor identification will lead to better cancer prevent techniques and greater use of advanced targeted cancer therapies. The growing number of individual cancer risk factors also points to the importance of individualized immunotherapy in tailoring cancer treatment to an individual’s specific needs.